Madonna’s sold-out concert at the AmericanAirlines Arena 2  nights was a jaw-dropping sequence of stunningly designed set pieces; including an aerial drum corps, a battalion of dazzling dancers, an explosively bloody gangster fantasy and a surreal spiritual voyage… 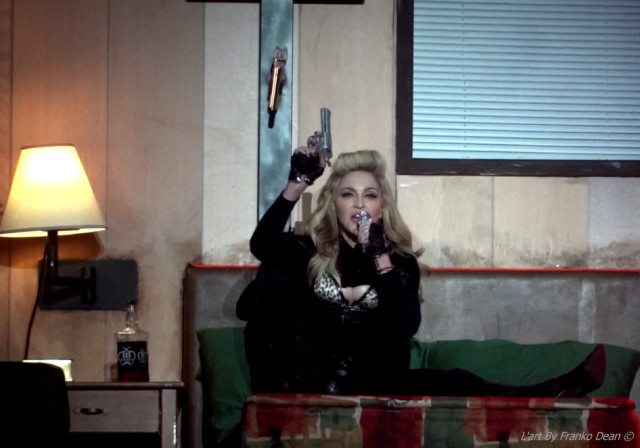 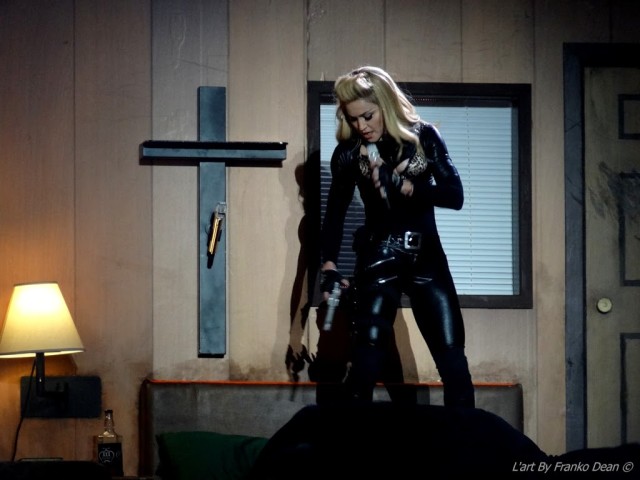 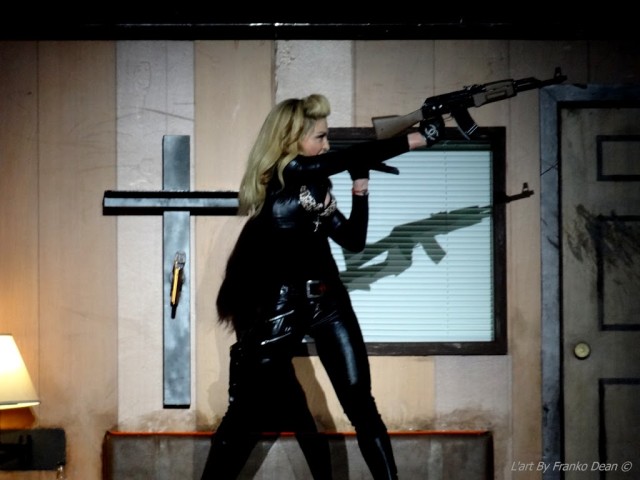 The songs and set pieces trace a narrative that starts in violent, self-destructive rage, with Madonna stroking fake guns and murdering masked attackers in Revolver and Gang Bang. She emerges from darkness with Express Yourself, and dons a guitar for a gutsy rendition of Turn Up The Radio, an anthem for herself and pop music. 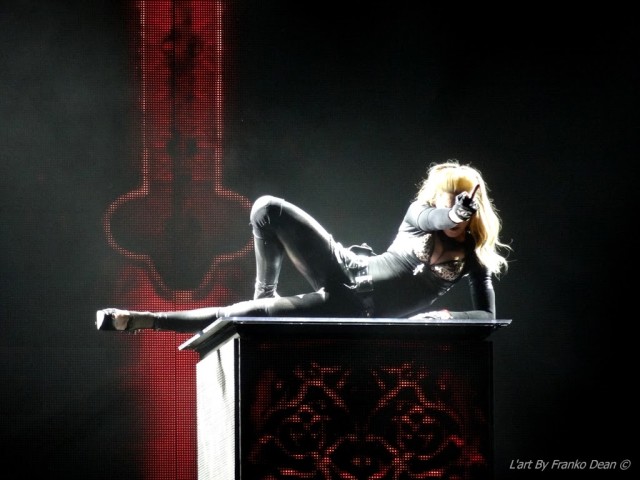 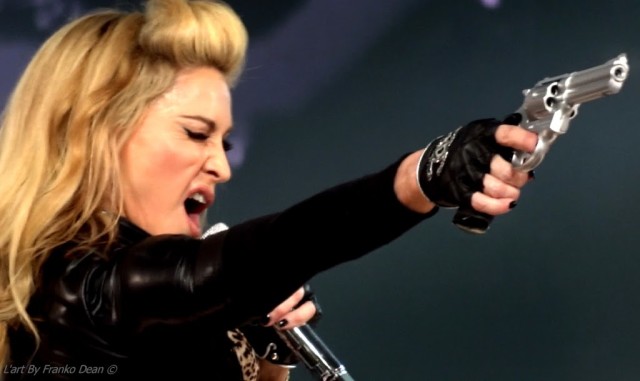 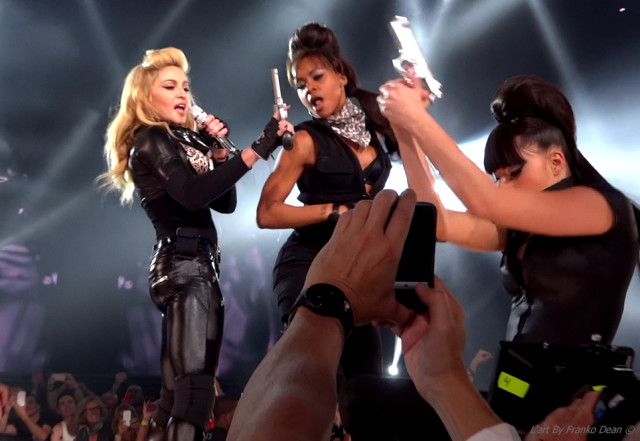 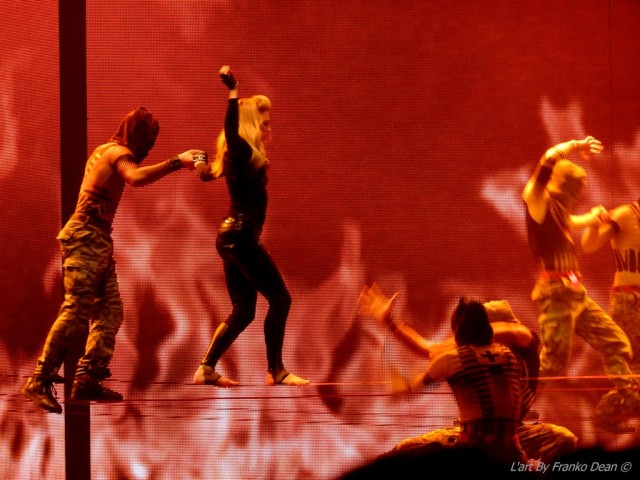 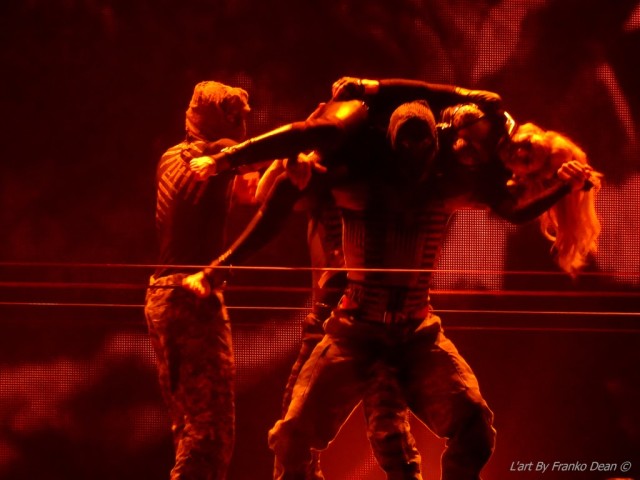 Madonna did not appear at the AmericanAirlines Arena stage until just after 11:30 p.m.,on monday  about an hour and a half from her typical 10 p.m. concert appearances, while the show next day she came out little earlier … 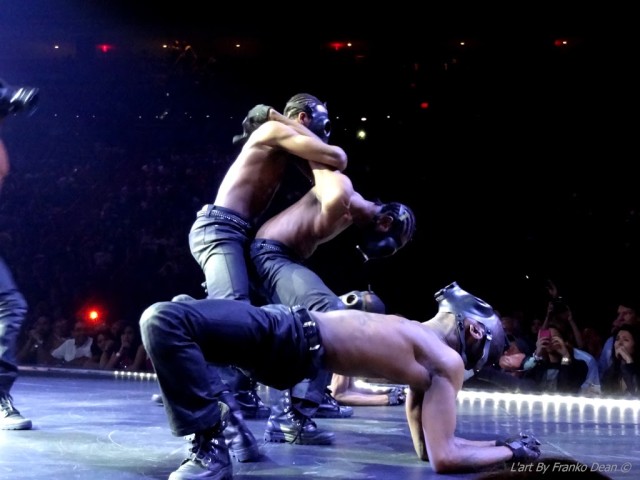 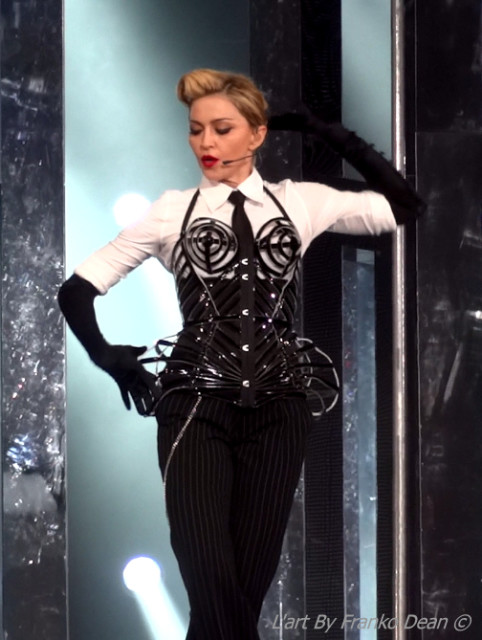 One of my favorite moments when she performed VOGUE wearing a Jean paul Gaultier tight corset .. 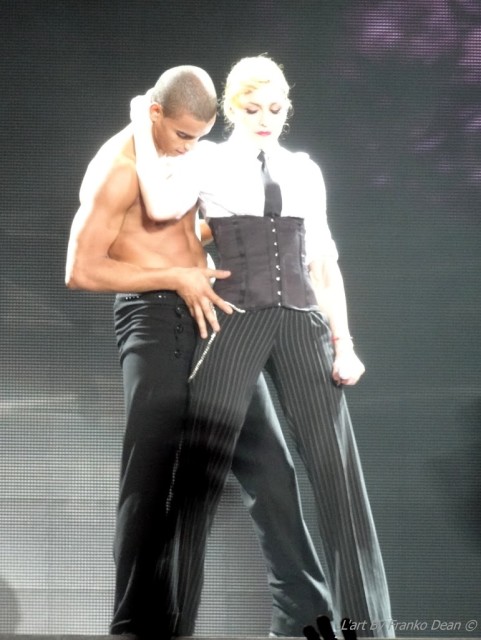 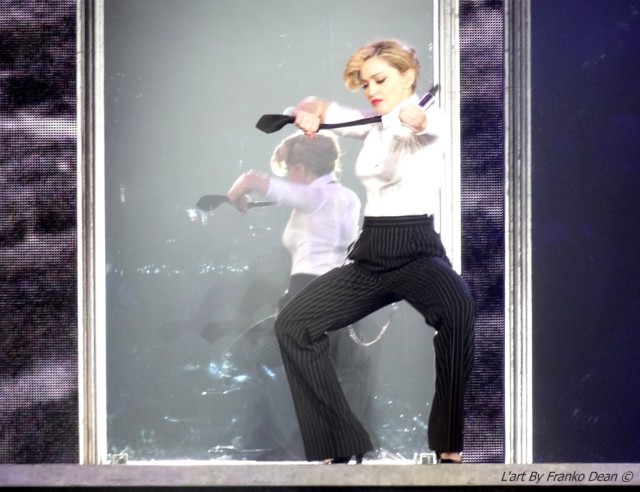 She gives a starkly vulnerable twist to Like a Virgin by exposing her voice and body, even opening her legs to the camera-flashing crowd. 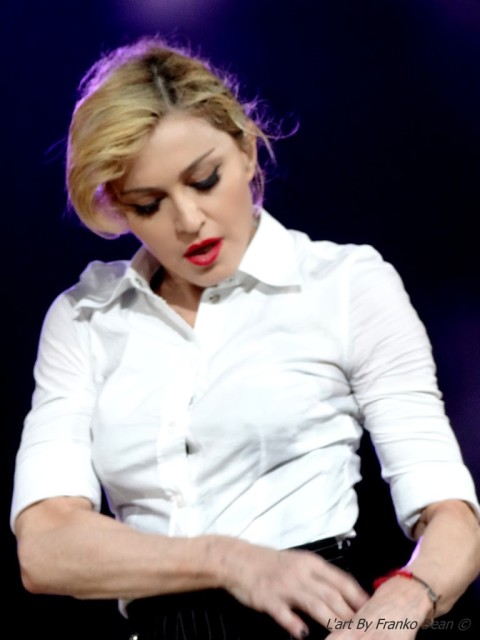 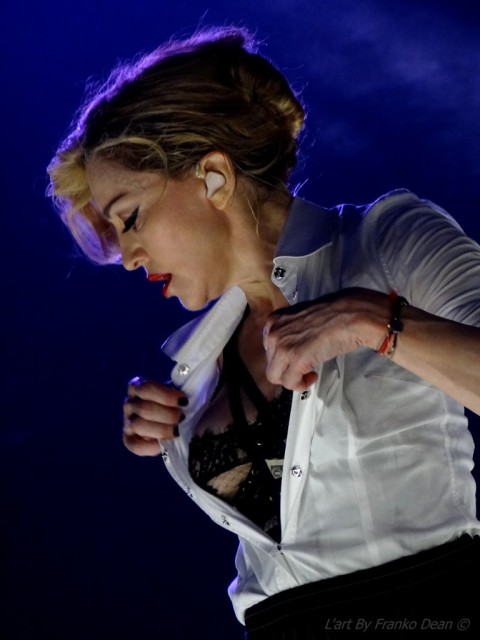 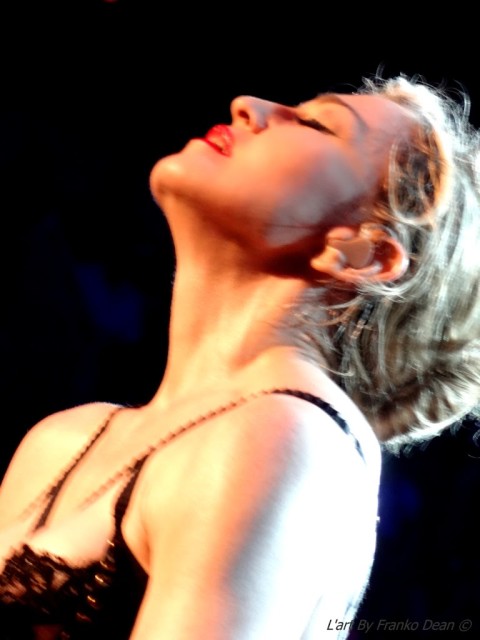 From there she made a spiritual journey with I’m a Sinner.. 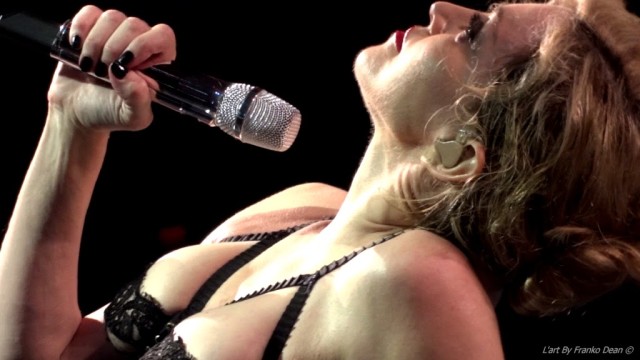 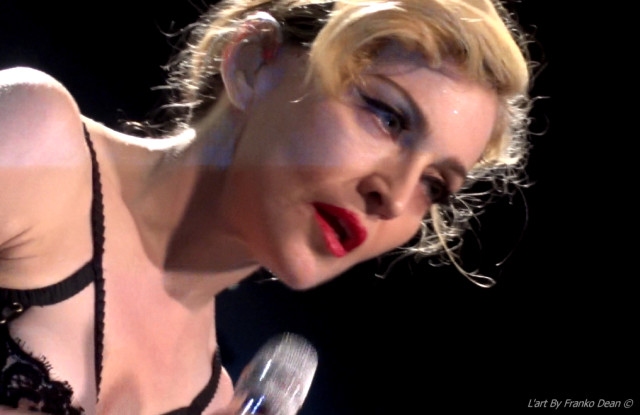 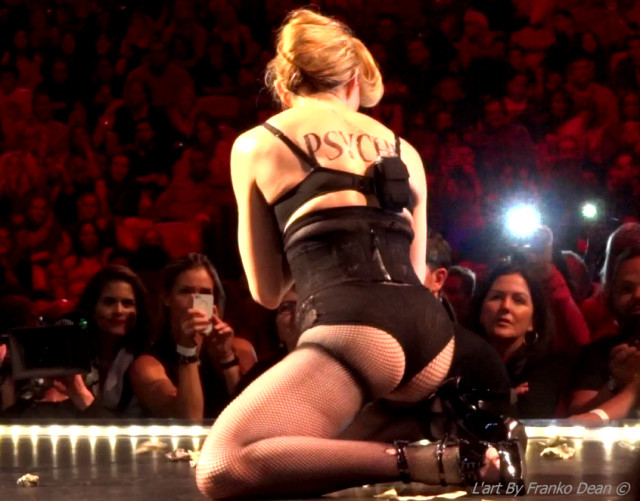 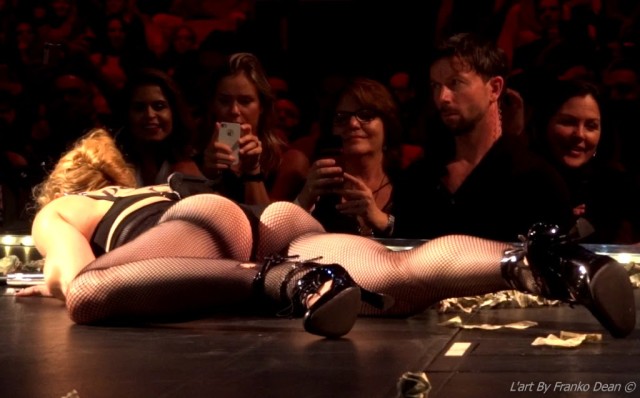 Madonna pioneered that extravagant, express-yourself ethos, which has become as much a pop culture standard as huge tour productions. She asserts her dominance in both areas, digging at Lady Gaga by dropping a line from Born This Way into Express Yourself. “There’s only one queen, and that’s Madonna” 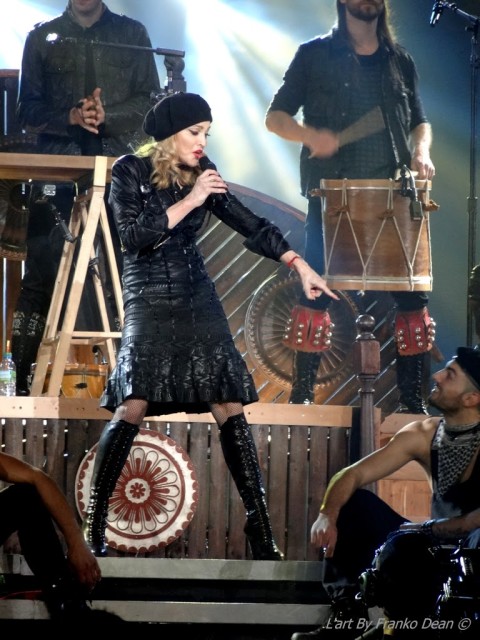 the best moment came in an stirring performance of Like a Prayer that had the audience clapping and singing along. 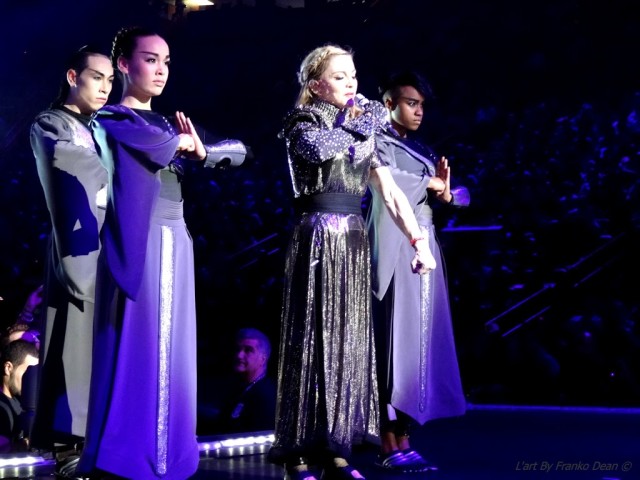 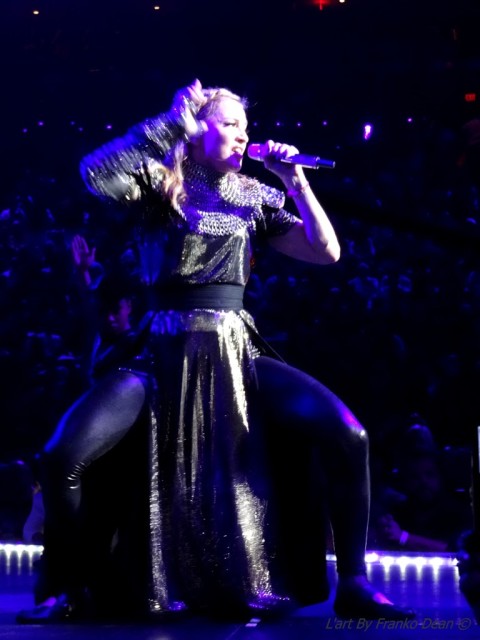 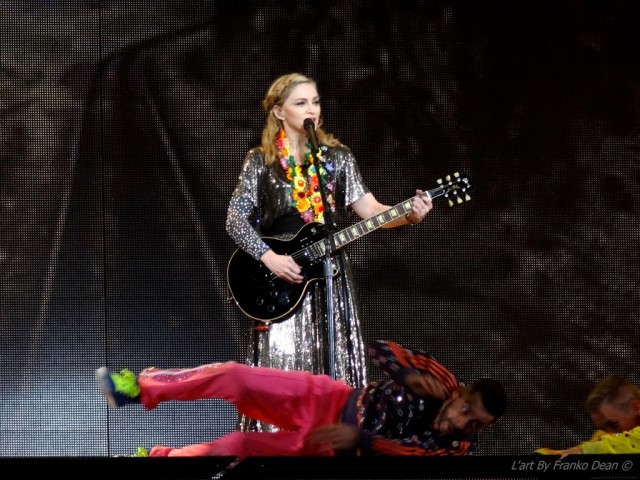 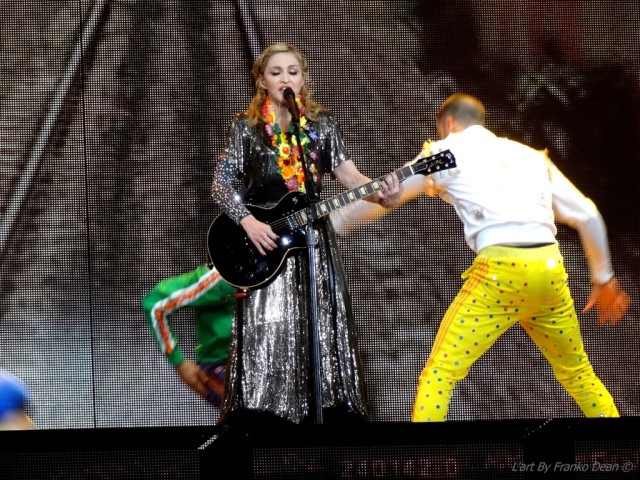 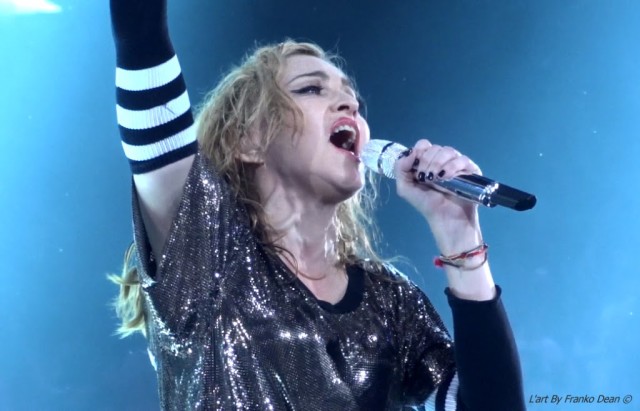 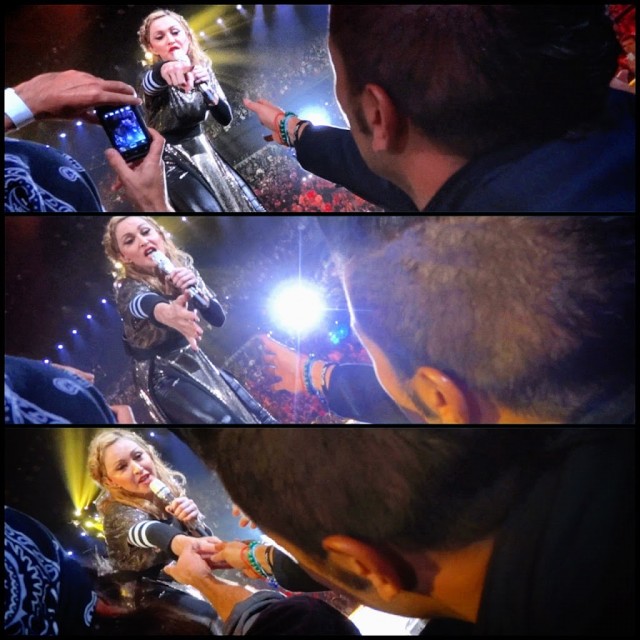 Check it Out ..
Photos and Video : L’art By Franko Dean