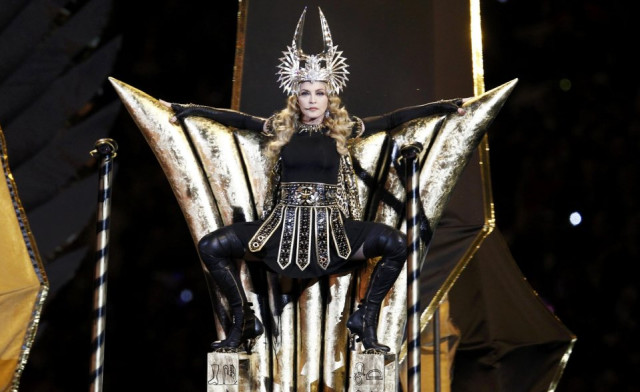 Madonna put on an impressive performance during the halftime show of the NFL Super Bowl XLVI football game between the New York Giants and the New England Patriots. 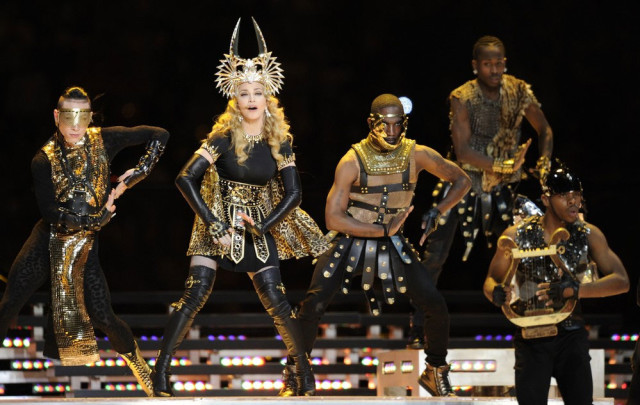 It was the best mix of songs performed and it so inspiring how fit and trained she is jumping, dancing and enjoying… 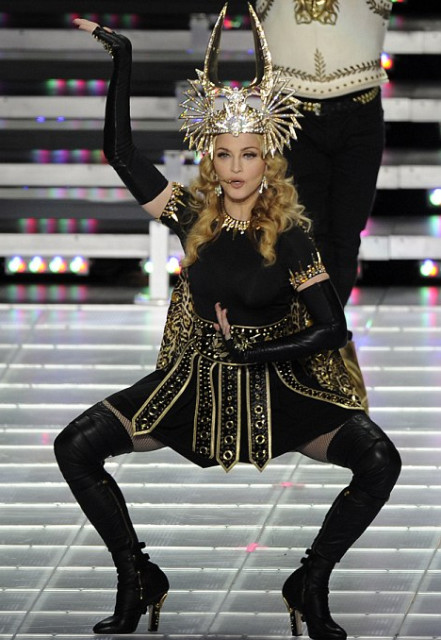 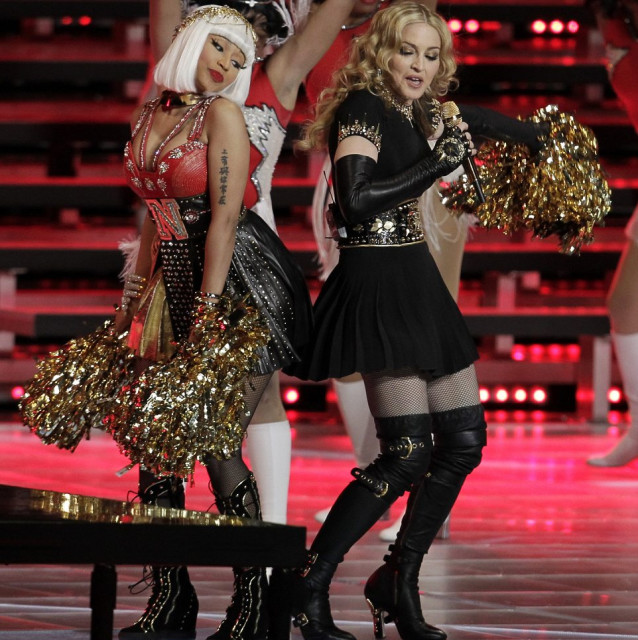 She performed along with Nicki Minaj.. 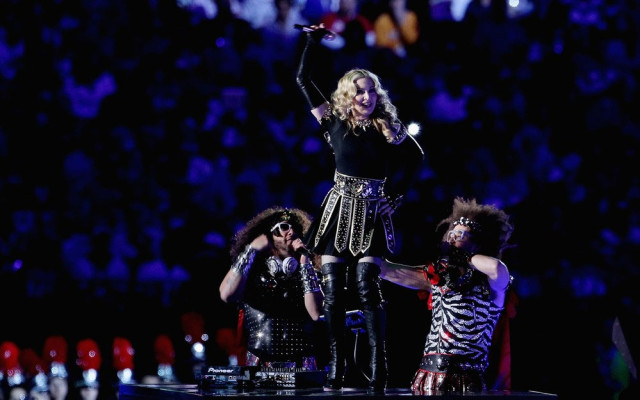 She rocked a dance with LMFAO 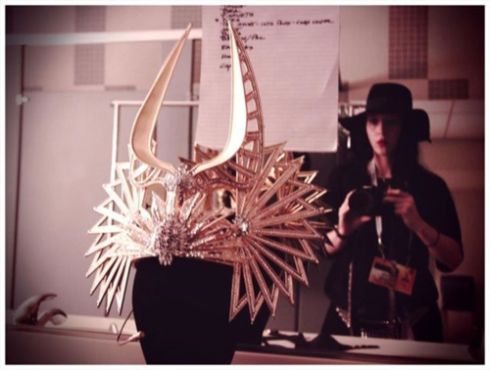 Close-up of Madonna’s hat by Philip Treacy from a design by Givenchy’s Riccardo Tisci, backstage at her Super Bowl performance. Photo by B. Akerlund

And here is the Amazing Performance by the Queen of Pop Madonna..