Gaga couldn’t have an event without a plethora of antics. She hosted an event to launch her black fluid perfume, Fame, but it was hardly the regular array of club music and champagne flutes…

Arrived presidential style riding through the city on the back of a drop top car. Once at the museum, she took a nap for an hour inside a giant replica of her perfume bottle. Fans were allowed to come up and touch her hands as she slept,

but the real antics began when she was tattooed in front of the crowd in honor of her close friend, Terry Richardson‘s late mother. 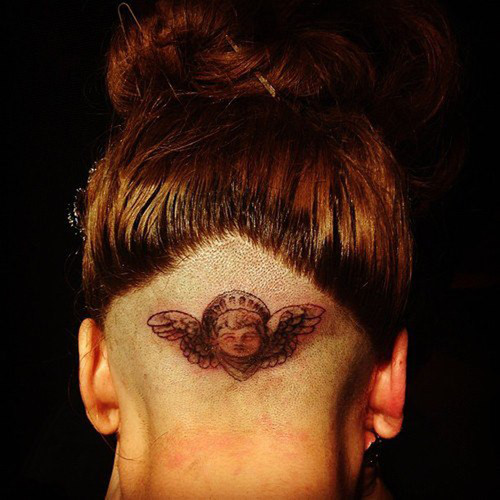 Along with her Perfume she presented the film by Steven Klein 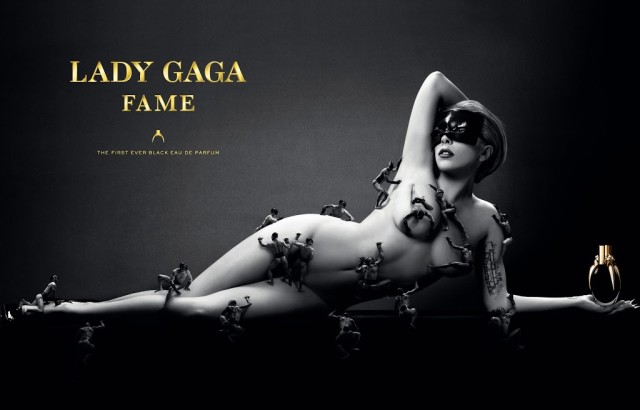